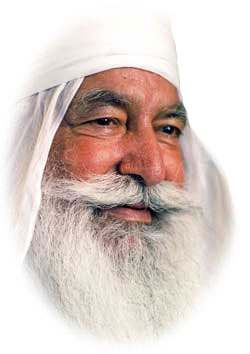 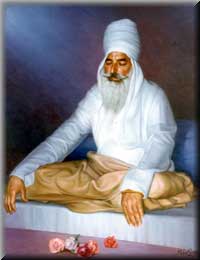 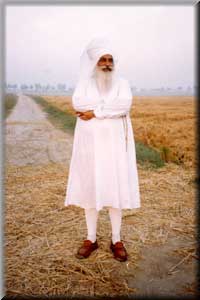 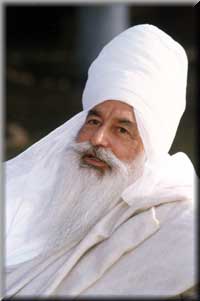 “It is a rare gift to meet a human being in whom love—and this means God—is so overwhelmingly manifest.
It undercuts theological arrogance as well as pious isolation.
It is more than justice and it is greater than faith and hope.
It is the presence of God Himself. For God is love.
And in every moment of genuine love we are dwelling in God and God in us.”
Paul Tillich—“The Power of Love”

Babaji is highly respected by scholars, though he has not received any formal worldly education. He seeks no one’s favour—but his visionary guidance and blessings are prized by government officials. Scientists find truth in Babaji’s words, and spiritual authencity in his presence, even if they have been religious sceptics. Religious leaders and devotees of all faiths come to him, for he sincerely loves and encourages appreciation of all prophets and scriptures. Multitudes have been blessed, healed, and personally transformed through his influence, and by following the practical program he recommends. Babaji continually says, “God is the only Doer, the One who gives you everything. Give all your love to God.”

Babaji makes no claim being a Guru. He does not seek fame, followers, or money. He says: “I am just trying to be a better human being; what I say is not new. I just repeat the commands of God so that people will remember and practice them.” The lives and teachings of Sikh Gurus are the model for his practical work, yet he continually reminds people of the enlightened teachings of all prophets. He stresses that sectarian divisions have been created by humans, not by God or God’s messengers.