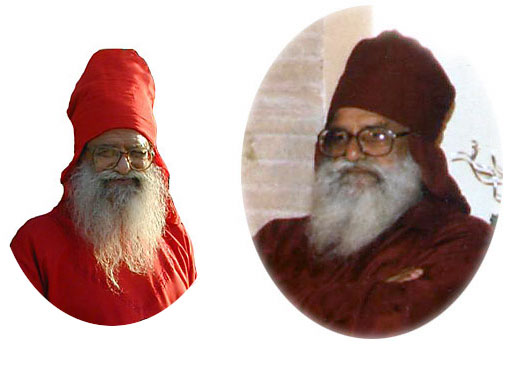 One of Baba Virsa Singh’s best-known disciples, Giani Gurdev Singh, passed away suddenly on April 3. Several days earlier, he said that Ik Onkar was telling him that his work was finished and it was time to return.
Giani Ji had been given the gift of inner vision by Babaji decades ago, and had offered that gift lovingly night and day to all who asked him for help. Ralph Singh writes, “No one represented the power of Maharaj Ji more simply and joyfully than Giani Ji—a simple person touched by the Greatest Power in the Universe, he brought relief and aid to countless thousands. He tended the Lord’s flock, and was even of counsel to the Lord himself. Giani ji was always at the Lord’s side, and will always be there.”

Baba Virsa Singh consoled the grieving congregation by quoting from the Guru Granth Sahib, “Why are you weeping over the passing of a saint? He is going to his home.” His home is “Sach Khand, the realm of the Formless One, from which he is watching you and bestowing blessings.” When Saint Nam Dev was asked what home he had, he replied, “The place where there is no illness, no shock, no depression. In the home of the Lord’s devotees, there is always bliss.”

Therefore, we should all learn from Giani Ji’s life, for he went with great blessings. There is great attraction and love in my heart for Giani Ji. He was with me since childhood, when other villagers were against us. All the followers should become obedient like him. He had done so much tapasya and was reciting Jaap Sahib and answering people’s questions night and day. When an ordinary person—perhaps a farmer—recites Nam, he becomes one with Nam. When a person recites Nam and loves God, his whole lineage is blessed.

When you become a devotee, the power of God begins to work. When you meditate, the qualities of the Guru begin to manifest in you until, as Guru Gobind Singh said, “There is no difference between the Guru and his Sikh [student]. They become one.” So always love God. When you love Him, He is so kind and merciful that He always helps you here in this world and also in the House of God. As no worldly father wants his child to be second, the heavenly Father always wants His child to be victorious here and also in the hereafter. He will never allow you to become poor, and if you look at another person, his poverty will also go away. Guru Gobind Singh has said that the person who recites Nam will become a kingmaker. Whatever he says is imbued with the great power of Nam.

That is why we must all recite Nam, which brings great blessings. And love each other—love your neighbour, love everyone.