Jahangir’s Elephant and the Heaviest Blanket 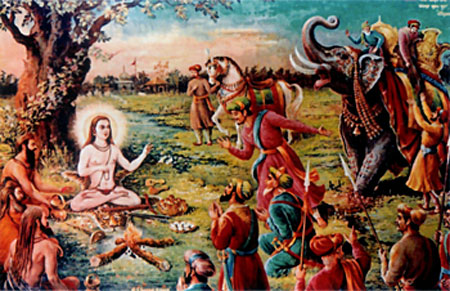 The Emperor Jahangir had invited Babaji to his court and duly sent his royal elephant to carry him. Babaji laughed and said, "How can such a small creature carry me when he can’t even lift my blanket." The courtiers all laughed thinking Babaji was joking. But as soon as they placed the blanket on the elephant, the poor creature bellowed and fell to its knees. The astonished servants bowed in deep respect. Babaji said, "I will come to the Emperor on my own." Such was his simple way of showing God’s power to those who felt they occupied high positions in the world.