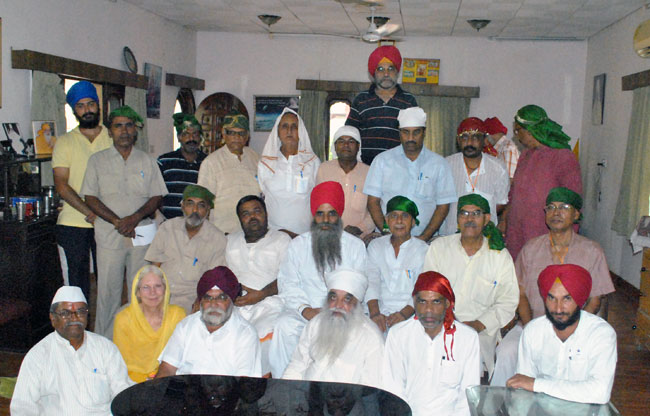 During a national conference on promoting interfaith harmony organized by Vishwa Hindu Parishad, the major global Hindu spiritual organization, members of Gobind Sadan told the VHP delegates about Gobind Sadan’s model. They became so curious that on 20 July, 2014 most of them came to Gobind Sadan as soon as the conference ended. After they paid their respects to Guru Granth Sahib at Darbar Sahib, Dr. Rai Singh, President of Baba Virsa Singh Ji Maharaj Memorial Trust, welcomed them and explained Babaji’s very successful practical programme for bringing down the barriers between people of different religions. They then were taken on a tour of some of Gobind Sadan’s holy places: the central havan, Baba Siri Chand’s havan, Darbar Sahib, Buddha’s meditation hall, Babaji’s samadhi, the World Peace Havan in Babaji’s garden, Gobind Sadan’s mosque, and Jesus’ Place for evening prayers. At the mosque, they had a heartwarming exchange with Gobind Sadan’s imam. By the time the VHP leaders left, they were exclaiming, “You have done everything! What is there left for us to do? This place is paradise. We want to replicate this model all over India!”